Music licensing describes the use of copyrighted music, making sure the owners of the music get paid when it is used. Purchase of a licence will be for a specified use, for example; "music featured underneath a sixty second car advertisement for broadcast on TV in the UK..." Clients have limited rights to use the work without a separate agreement.

What is the "License"

the right, granted by the copyright holder or his/her agent, for the broadcast, recreation, or performance of a copyrighted work. Types of licensing contracts can include: 1) a flat fee for a defined period of usage, or 2) royalty payments determined by the number of copies of the work sold or the total revenues acquired as a result of its distribution. In addition to a basic fee, most music licensing agreements require additional payments to the copyright owner when the work in which it is included (movie, play) is financially successful above a certain threshold.[1] licensor the owner of the licensed work licensee the person or entity to whom the work is licensed performance the public performance of a musical piece, whether live or recorded, performed by the original artist or someone else, whether the performance keeps to the original version or is adapted or changed in some manner. Playing a music CD (or tape, etc.) in public is "performing" the work. broadcast playing live or recorded works, including radio, TV, webcasting, podcasting, etc., to multiple listeners in a setting such as a bar or bookstore. (Using that definition and the previous one leads to phrases like 'live broadcast performance'.) performing rights organization large companies that hold performance rights for copyrighted musical works. The best-known are American Society of Composers, Authors and Publishers (ASCAP), Broadcast Music Incorporated (BMI), Society of European Stage Authors and Composers (SESAC), and La Asociación de Compositores y Editores de Música Latinoamericana (The Association of Composers and Publishers of Latin American Music, ACEMLA),[2] in the UK, the PRS for Music, and Phonographic Performance Limited for licensing recordings and music videos. The companies license public performance on a nonexclusive basis of the music they own or hold under contract using a complex weighting formula to distribute the fees to the respective rights holders.[3] The license may be a blanket license, but individual licenses may be negotiated. Rights organizations sample radio and television broadcasts, offer blanket licenses to broadcasters, and investigate complaints to detect and prevent unauthorized performances.[4] In the US, ASCAP and BMI hire field agents to monitor public performances. The field agents may act as agents for the organization, negotiating a fee for a blanket license, but individuals may negotiate directly with the organization. The fee may be presented on a take-it-or-leave-it basis, but in case of disagreement, the fee may be appealed to the Federal District Court in the Southern District of New York. pre-cleared music music that is covered under a prior agreement allowing distribution and legal use under specific circumstances. The license may be for use in film, video, television (commercials and programs), Internet, events in live venues, video games and multimedia productions. copyright literally, 'the right to copy.' The owner of a copyright has five exclusive rights: reproduction (copying), preparing derivative works (adaptation), distributing copies to the public, performing the work publicly, and displaying the work in public. Prior to 1886, no effective international law of copyright existed. The first major international copyright law conventions were the Berne Convention for the Protection of Literary and Artistic Works created in 1886. In the US, for works created in 1977 and after the work is protected by copyright when it is "fixed in any tangible medium of expression," without the need to register it with the US Copyright Office.[5] A work must be registered, however, before a copyright owner may bring suit for infringement.[6] synchronization licensing the licensing of musical works to be synchronized with moving pictures as background in a motion picture, television program, video, DVD, etc. master use licensing the licensing of the recording of a musical work to be performed as a soundtrack, bumper, lead-in or background to a motion picture. publisher for the purposes of copyright, a publisher is the owner of the copyrighted work. It is now standard practice for songwriters of even the slightest prominence to form a publishing company as a separate legal entity to hold the rights to their work. Continued use of the, now somewhat anachronistic, term "publisher" reflects the state of media at the time of the Berne Convention, when all music distribution was done on paper as sheet music or player piano rolls. 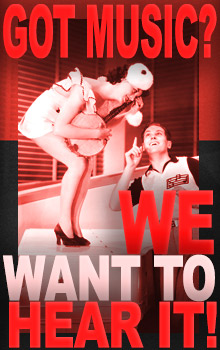 END_OF_DOCUMENT_TOKEN_TO_BE_REPLACED

Music licensing, creative supervision, we are the discovery platform for breaking artists. What's different about us? We're a community and as such use crowd-sourcing technology to ensure precision curation of our catalogue. Using an ever evolving vocabulary of music, all our songs are rated and reviewed not just once, but over and over, and by genre specialists. Giving us a highly curated & quickly accessible catalogue.